Posts: 4 Join Date: 6/29/11 Recent Posts
I made a decision recently, one which I would have considered impossible only a few weeks ago had it not been for a friend of mine showing me an exit, a way out of this thing once and for all where the doors of perception are flung wide open and reality, in all it's perfection, is standing there waiting for me to leave. Now, intent is pure and it's time to go.

I'll keep the background information minimal, I have attained MCTB 4th path and have strong abilities with all 13 jhanas. I have experience of the full PCE on at least five occasions in the last 12 months, and appear to be able to get an EE fairly quickly through the HAIETMOBA method. I'm also using a technique presented by Nikolai on his blog where the samatha jhanas are used in practice.

What other practices would you recommend?

This thread will be for practice notes, and hopefully some advice from the AF, VF and others with more experience with this. 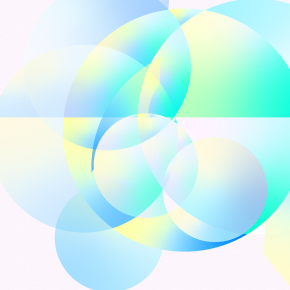 Welcome! If you're easily able to access PCE's and EE's, sounds like you already have sound advice & techniques to use. Consistently applying HAIETMOBA to keep attentive, investigate the social identity & passions, ramp up felicity & sensuosness and get to the PCE is basically all you need. Check this article out if you haven't already. It's kind of the gold standard explanation for the practice itself:
http://actualfreedom.com.au/richard/articles/attentivenesssensuousnessapperceptiveness.htm

You say you recently started, so is there any area of practice which seems challenging to you at the moment or that need clarification about? Could also be helpful to get a general idea of your more current "daily life" experience and where you're at with investigating identity. What is it that you're seeking an exit from?

Thanks for the reply, I appreciate your input and advice.

I haven't encountered any problems yet, probably just due to the length of time I've been practicing, and I find just staying attentive, finding the simple perfection in each moment and from today, as you suggested, ramping up the felicity and sensuousness. I'll be posting some notes anyway so that way I'll be able to give a more real-time example of my day-to-day experience.

As far as investigating identity goes, I've realized, through reading threads on here and the material on the AF site, that I've done quite a lot of work with this before encountering AF, or even vipassana, so I'll be continuing with that and seeing what's still going on. What sort of approach to this do you find useful in your own practice?

The exit I am looking for is the one which completely ends the suffering I've been trying to stop for so long. : )

Applied HAIETMOBA from the moment I woke up. I'm not sure how best to record these notes, so I'll keep it simple. I don't know all the lingo yet so please correct me or ask further if I'm not being clear.

Paid a lot of attention to just being aware of the sensuousness of everyday sensations like the prickly vibrations of the sun, or the warm moisture of a summer breeze on the skin. Looked at faces, took an interest in seeing them as they were without thinking whether they were attractive or not which showed some interesting attentional gymnastics going on. This led to examining sexual urges and seeing quite clearly how they all aim at reproduction, even someone unattractive is passed through the same "would I, wouldn't I" filter in case they may be suitable candidates for producing offspring. When you stop and look at the human condition, it's no wonder we're fucked.

Felt like I was in EE territory on and off all day, the times when I felt like everything was going back to normality I would look for what caused the change and examine it for a few seconds until the brightness and clarity returned. I spent about two hours on buses today enjoying life as it happened and constantly asking HAIETMOBA. I've been using vipassana-like noting when examining the response to the question, but I don't know if this is advisable. Any opinions on that?

One EE, which I now think may have been primed for getting PCE but I missed the chance for some reason, occurred when I was walking to a friends house and became acutely aware visually (apperception?) of the air, a car approached from further away (eyesight seemed sharper at that point, distance wasn't really "there") and just looked like a toy on a kids playmat, everything became very clean and direct but it wasn't PCE as there was still a sense of being, albeit attenuated. The wind was tangible in a way I haven't noticed before; a thick warmth, there was a weight to it and a lot of complex patterns of sensation happening when it made contact with my skin. Visually, the air seemed to flicker with light as the hues of blue in the sky, desaturated by the rolling edges of greyish clouds, moved slowly in front of my eyes. Not entirely dissimilar to the initial flutterings of taking ecstasy or MDMA, but cleaner and more immediate.

Posts: 401 Join Date: 12/30/10 Recent Posts
I enjoy your description of minute phenomena like the air and rays of sun.

"You" can't "get" a PCE. A PCE happens when "you" pay attention to the warm air of refreshing cool delight, distance pressed to your eyes without distance being "there", and the way light drapes over the environment covered by vivid colors and then "you" forget about yourself, are completely entrenched in delighting and enjoying the various physical sensations, and PCE is what "you" now are (a continuous noticing of pleasurable senses). "You" cannot force a PCE so don't try to "bring" it about and you'll notice your already always here in the actual world, where physical sensations are innately pleasurable.

Check out how benevolent and serendipitous the actual world is. How at any moment or close to it, you can find a pleasure in one of the senses and how you are always safe and supported (not in any physical danger) each moment.

edit: enjoying the senses is less like a golden prize on a pedestal and more like a simple pleasure except continuous and therefore continuously enjoyable and interesting.