For four years I have been creating drawings of open eye visuals. They appear on paper and other surfaces.
This series is called “HALLUCINATIONS” and started after a 2C-B trip. The visuals persisted end changed through the years.
Now they feel wider. I now only draw them after my meditation.

Posts: 200 Join Date: 3/16/18 Recent Posts
I see patterns and themes that remind me of Unica Zürn's drawings, she sketched out a lot of her hallucinatory experiences throughout her struggles with schizophrenia.


How are you relating to these visual experiences? What is going on in your life and practice right now?

Posts: 8 Join Date: 11/15/18 Recent Posts
I find most of the time that the visuals have become a bit boring. But sometimes I see 'new' ones and then I draw more often.
Now the focus lies more on the drawing itself which gives me some enjoyment.

In the meditation practice I often find myself lost on how to return to the breath, I feel like I get in a state where I'm far away from the sensations and notice the noting has stopped. Coming back to the body is a bit more easy. I feel sometimes worry and frustration when I can't return. In walking meditation I find it much easier to return to the stepping and standing.

Life is more stable now that I take an anti-psychotic and do some therapy. Right now I'm looking for work which is not going well. I have a lot of aversion and fear towards working and I'm can't find what direction to go.

Do you know Wols(Alfred Otto Wolfgang Schulze)? I find it looks a lot like Unica Zürn.

Posts: 2470 Join Date: 6/13/11 Recent Posts
This might be of related interest:
"David Lewis-Williams and associated archeologists have rehabilitated the interpretation of Paleolithic cave art as a form of magic by focusing on the geometric images that appear in great numbers on the cave walls, instead of the realistic depiction of animals that was Breuil's focus in his hunting magic theory. Lewis-Williams argues that the geometric images are spatial variations on a set of "form-constants" that the neurologist, Heinrich Kluver, identified in the visionary experiences of experimental subjects under the influence of the hallucinogenic drug, mescaline, An expert on the San Bushman people of South Africa, Lewis-Williams argued, in a series of well-documented papers, that the transfigured form constants are present on cave walls painted by Bushman shamans. Shamans are ritual experts, often found in hunting communities, adept at entering trance states in which they visit the world of the spirits. They take these excusions to retrieve the lost souls of the desperately ill, to influence the weather, to oppose the forces of witchcraft (in the sense of malicious, harmful magic), and to negotiate with the animal spirits over game. According to Lewis-Williams, the Bushman cave paintings, which were made well into the 19th century, are records of the visionary experiences of the shamans. In a more controversial series of papers and books, Lewis-Williams has argued that the form-constants that Kluver identified also underlie the geometric images of Paleolithic European cave art. The bridge that connects the two is the common neurological  makeup that the Bushman, and all currently living human beings, share with the Paleolithic hunters. When the human brain is destabilized in certain ways - through sensory deprivation, rhythmic chanting or drumming, flickering lights, certain forms of dance, as well as the ingestion of hallucinogenic drugs - it reacts by generating so-called "entoptic images," which are merely expressions of  Kluver's form-constants. "Entoptic" means "within the visual system," referring to images generated anywhere from the retina to the highest layers of the visual cortex. Within the cultural framework of the San Bushman and other "primitive" hunting communities, the entoptic images are interpreted as journeys to the spirit world. From these considerations, Lewis-Williams draws the conclusion that the paintings and engravings of the Old Stone Age European caves were the result of shamanic ceremonies conducted in dark caverns deep within the earth. As Breuil had suspected, their purpose was magical. What he did not know was that the magic occurred in the context of shamanic trance."

Posts: 200 Join Date: 3/16/18 Recent Posts
Gauthier:
Do you know Wols(Alfred Otto Wolfgang Schulze)? I find it looks a lot like Unica Zürn.
Cool stuff, I really like this one of his: 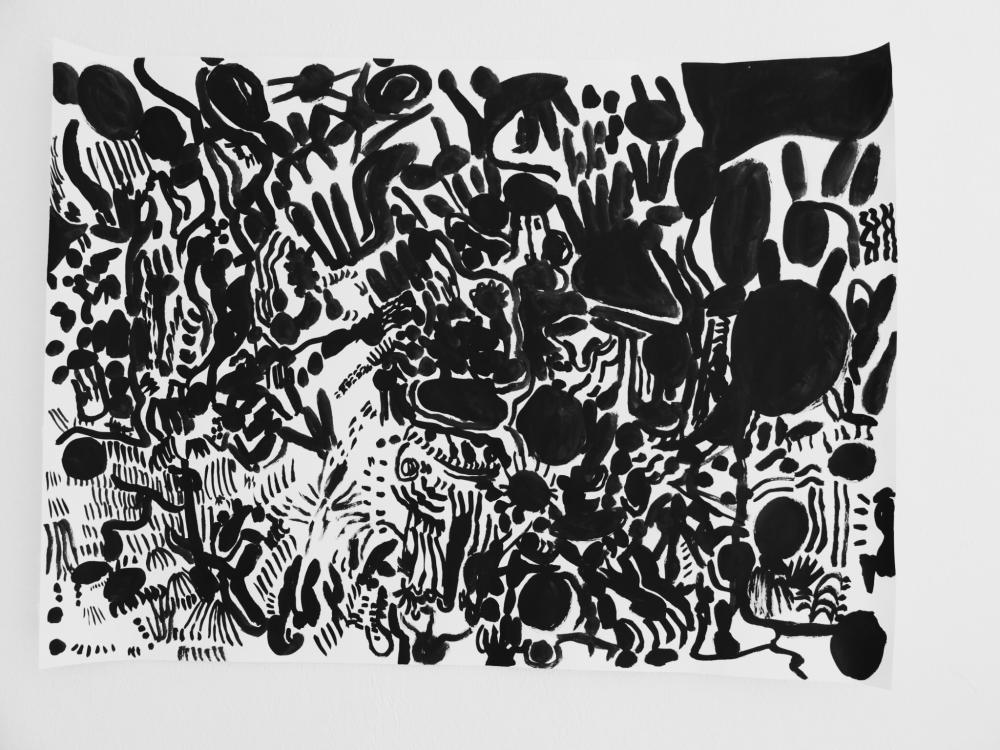 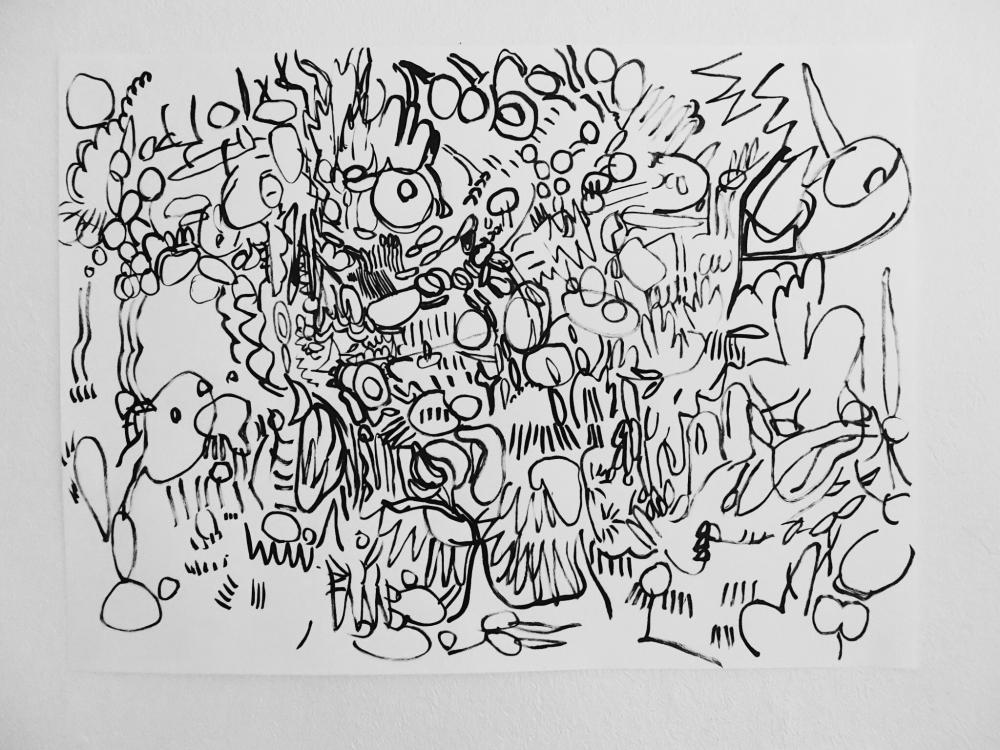 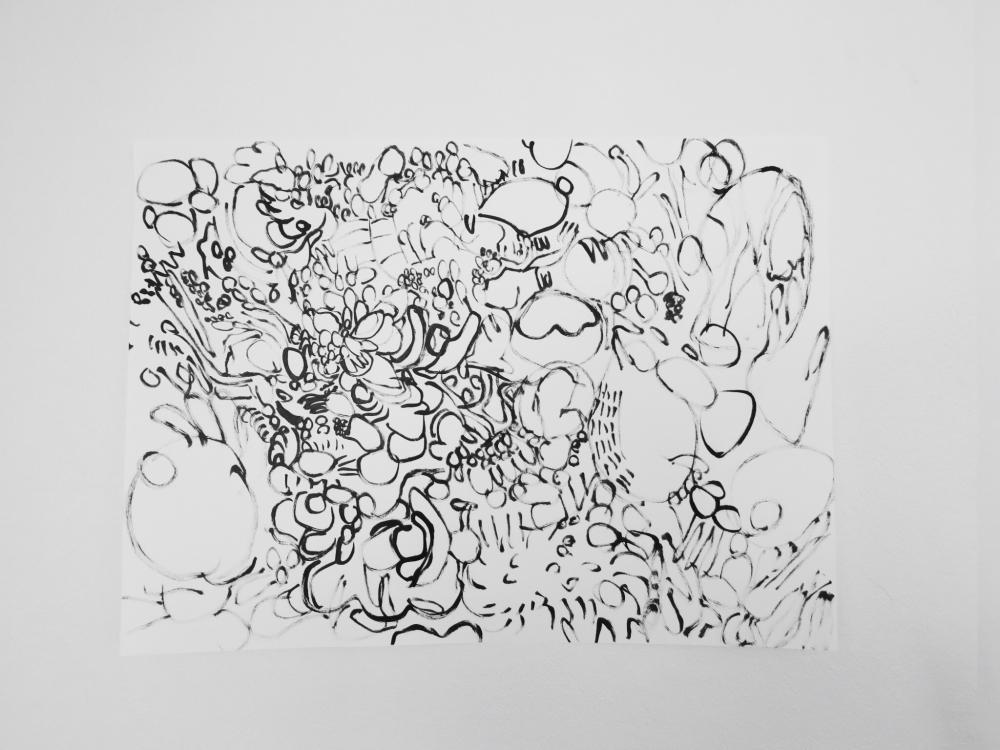 Here's an update on my art practice.
I've started working with ink again!

Posts: 2470 Join Date: 6/13/11 Recent Posts
I love these. What intricacy and detail; it must be intensely focused work, art as a practice of precise absorption. They are mandala-like to me, those old-school mandalas with a complex iconography of the whole cosmos. Very cool. Thank you for sharing your work!