can somebody please offer an informed discussion of this topic?

could you please point me to some high quality resources

thank you and bless you

I have no experience with her, someone here mentioned her on a thread before. Can't think why it should have stuck in my mind!

Posts: 6439 Join Date: 12/8/18 Recent Posts
I know some deeply intuitive people who are doing it, mainly with shibari (ropes tied in artistic ways), but they prefer practicing it to offering in-depth discussions of it. They are the real deal, though. Shamanic type things. They call it flying. I have experienced co-flying with one of them. Pretty cool stuff.

Posts: 99 Join Date: 5/9/20 Recent Posts
Some kinds of pain play at high intensity isn't distinguisable from pleasure, so teaches equinamity. Also feels a bit like intense piti.
The post play catharsis can feel a lot like sukha. Shibari can be like yoga, but with props to help keep the pose.

Posts: 6439 Join Date: 12/8/18 Recent Posts
It is intense piti. And yup. And it's transmittable. Intuitive empathic people can surf on each other's waves and join each other in something that resembles out of body experiences. The waves can even be visible.

Posts: 99 Join Date: 5/9/20 Recent Posts
How do I learn how to see energy? My meditation teacher mentioned that recently too, something about just looking between my fingers for a bit.
When I do massage I don't really see the pain location, my hands know where to go but I don't actually see the spots.

Posts: 3230 Join Date: 4/20/09 Recent Posts
Could check out the Lignt Dark Institute, have met one of people who runs it, was impressed: https://www.lightdarkinstitute.com, and have some friends who have benefitted from their work and perspectives.

Also, and as an aside, and probably a bit late to the party, but BONDiNG, the TV show on Netflix, is one of the better written, better acted shows I have seen in a while: smart, deep, funny, moving, revealing, and overall amazing.

Posts: 6439 Join Date: 12/8/18 Recent Posts
If you want to see auras, a plain bright background helps. You need to relax and widen your gaze and sort of let the eye bulbs push back into their sockets. For me the results vary. Other visuals of it just seem to happen in some altered states. I don't know how. It's mainly kinesthetic for me too, or just a knowing.

I don't know if OP has a tinge of humor or not,  but to play along,
(humour)

No i shouldn't do this, I'll get banned, people will disrespect me, and no doubt worse .... It's all a far cry from 'and the blessed one said...' yet people seem to be broadminded on here.  But it's not a 'high qualtiy resource' as asked for in the OP :=(

Posts: 92 Join Date: 8/10/20 Recent Posts
Linda ”Polly Ester” Ö
It is intense piti. And yup. And it's transmittable. Intuitive empathic people can surf on each other's waves and join each other in something that resembles out of body experiences. The waves can even be visible.

​​​​​​​Huh. That explains some of what I've felt while having extreme gut pains.

(I wonder if you're experimenting with the DhO to see what reaction you get?)

As it happens my attempt to inject humor didn't quite work, my post got truncated half way through. And then i thought 'WTH...'

I'd meant to say something like 'Shibiri: best done with someone you trussed' and then slightly more seriously 'be careful, you can tie yourself in knots with this stuff'.  Linda mentioned trying this out, and whether it's spritiual or not I can't say myself.

Another approach might be to view that recent interview w/ dhammarato on guru viking, where he talks quite a lot about 'questions that are worthy of consideration'.  Towards the end there's a question about "if there's an observation of contact/ feeling/ aversion-craving ... through to self(birth), then who's doing the observation before the self kicks in", and he basically throws the question out with an initial response of 'if you knew that would it make you happy?'

Posts: 218 Join Date: 4/7/18 Recent Posts
This made me think... What would be the effects of trying to achieve jhana using sexual pleasure? (Concentrating on the pleasurable sensations in the genitals and spreading them through the whole body.)

Posts: 32 Join Date: 12/1/19 Recent Posts
Griffin
This made me think... What would be the effects of trying to achieve jhana using sexual pleasure? (Concentrating on the pleasurable sensations in the genitals and spreading them through the whole body.)

This is indeed possible. It's more difficult than normal jhana. Most of my recent posts are on this topic. I don't intentionally do it anymore though. Often however it occurs spontaneously when I practice jhana. Sometimes its a bit of a nuissance though if it's early in a session and jhana isn't very deep yet, as it can detract from absorption once it subsides.

Also I just want to say: the title of this post broke my brain. In a good way... I am intrigued by it.

In buddhism I suppose this would be the austerities section of Gotama's biography, but many cultures around the world use pain in their rituals. 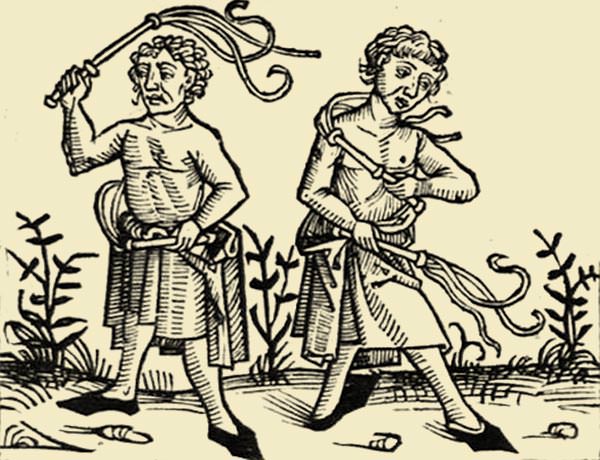 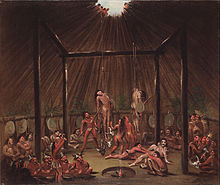 As further supporting evidence for my hypothesis, here Shinzen Young gets very austere until he learns to like it.

I think it was an excellent subject to raise, Jano, don't worry about that.

I would say the idea of asceticism as a whole is more about purification. And as for "learning to like it", I have been lifting weights for about 18 months. At first it felt like a chore but now I get pretty into it. That's more of a product of discipline and focus, and the feeling of reward you get after performing the practice, as well as seeing the fruits of ones labor manifest.

Posts: 133 Join Date: 1/15/21 Recent Posts
Thanks for replying Andy. Ritual generally is about submission and control, but also about contact with other dimensions of the self, and so the other side of that is it can be about freedom. *
In the case of religious flagellation and austerity it's submission and control to a social order or within a social order, and like you say you could make a case for BDSM being abstracted away from utility or order.
Disciplined acceptance of a social order might be one aspect of austere religious practices, but I think probably there is usually a pleasure aspect to it too that will be framed as some sort of divine bliss, movement of the holy spirit, equanimity etc., as it is in rigorous meditation programmes. And pleasure can become insight. At the lighter end people go through the discomfort of extended sitting on a ten day retreat, at the more intense end it's something like Shinzen's extreme discomfort sitting, and then further along the spectrum is flagellation and serious mortification. I think there is a strong aspect of discipline and focus to all that which you could see as paralelled in weight training.
Hmm.. it's multi faceted
No sex in these though, so there is a difference, but there may be sex in cultural practices that are less well known.
Then as well as the pleasure of painful ritual there is the possibility of altered states and various religious experience that have a lot of cultural meaning. I have no idea if that comes through BDSM too, but I wouldn't be surprised.

( Arnie's chit chat and a Hollywood version of native American religion might not be great academic sources, but I'm just lazily playing around in. It's a big and complex field isn't it ? )

* a point I thought I should add.

Posts: 33 Join Date: 8/11/15 Recent Posts
Lee Harrington is a prolific member of the US kink community, and has a podcast that touches on this topic: https://www.podchaser.com/podcasts/the-passion-and-soul-podcast-b-113788/episodes/recent

The podcast is pretty far ranging, and deep spiritual practice is only one of the topics Lee explored in it, so you might need to go digging for what you're looking for.