Posts: 2 Join Date: 1/18/22 Recent Posts
hey'll I'm new here so plz excuse me if this kinda convos aren't allowwed in this forum.
besides, I would love to know what u guys think about Leo gura and actualized.org where he teaches non duality alongside a pro-psychedilic stance.
​​​​​​​

Posts: 99 Join Date: 8/3/19 Recent Posts
Hi!
​​​​​​​
I personally have a bit of history following Leo and actualized.org. I discovered Leo's videos back in 2015 which was around the time when he started talking more about spiritual enlightenment/psychedelics and less about mundane self-help sort of topics.

Leo has some fantastic advice in his videos that has helped me greatly in my own life. However, It must be said that one needs to be very discerning with what to take in and  what to discard, as it's not all clean, nourishing advice — in fact, some of the things he says can be downright harmful if taken on for oneself.

Leo is extremely well-spoken and comes across as highly knowledgable on a range of diverse subjects. For these reasons alone, it's very easy to take what he says, which can sound very convincing and persuasive, and take it on as a truth.

Let me just say that nothing anyone can ever tell you is the truth because the truth isn't words. What Leo conveys in his videos are simply his own views and beliefs. Curiously, I have never actually heard him qualify that in his videos. I don't know whether he doesn't qualify this on purpose to keep you convinced that what he says is truth or perhaps he himself just really believes that the things he's says are the truth.

For the reason that it sounds like what he tells you is truth (and he never tells you it that it might be other than truth), it's very easy to take what he says as truth, especially if you haven't already fully awakened for yourself.

Leo's idea of "the Truth" is something which he calls "Absolute Infinity" or "God", a concept he has devoted numerous videos to going over and conveying what he means. Enlightenment, in his view is essentially realizing that you are God or "Absolute Infinity" and equates enlightenment to a state of consciousness that's accessed through a specific psychoactive compound called 5-MEO-DMT. It should be noted that this idea of enlightenment is quite a departure from what just about everyone else has conceptualized elightenment to be.

I stopped following Leo in early 2019 when I started wondering if he was getting a bit off the ground with the sorts of claims he was making. Around this time he began to espouse lot of metaphysical claims about reality along with claims about what people should be doing in life. He's always done this, but this time it was getting to be too much for me. Also around this time, I noticed there were a number of unhelpful, sexist, and inconsiderate comments made by him in response to people posting on his forum. As I understand it now, this was a infamous period for Leo and actualized.org and many other people who followed him had also left during this period.

I haven't really bothered to check up on what he's been up to since then. All I know is that he's still releasing videos on his channel. Whether his content, views, and beliefs on things have changed, I have no idea.
​​​​​​​
So like all things, keep your wits about you.  Take what helps you, and toss what doesn't.

Posts: 2 Join Date: 1/18/22 Recent Posts
hey!&nbsp;<br />thank you for ur detailed reply and i really enjoyed reading.<br />i think i get the point that u make.<br />myself included, most of his followers nowadays are coming from early 20s and are naive enough to fall for traps. i was quite shaken to hear of a suicide of a fellow forum member in his forum who thought he was commiting mahasamadhi. i dunno really....<br />i lack experience on these spiritual stuff . but what's the point of life? what's the point of doing anything?<br /><br />it would be great if u guys can share the best teachings and teachers to learn these stuff from....&nbsp;<br />much love! thanks again<br />&lt;3

Posts: 2402 Join Date: 2/26/19 Recent Posts
The point is to work through the suffering that prevents you from appreciating life for what it is. And chocolate. 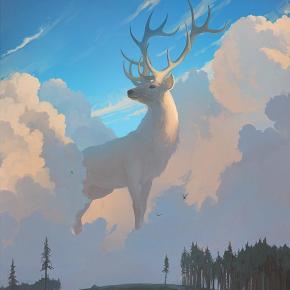 Posts: 11 Join Date: 2/19/22 Recent Posts
Chocolate is a mistranslation of the original sanskrit. Scholars now believe the meaning of life is either pizza or poutine. Centrists like me believe that both views hold merit.&nbsp;