Posts: 162 Join Date: 4/25/20 Recent Posts
Right it's time to pull my finger out my ass. I'm sick of being inconsistent. I'm going to do this log to keep me accountable for my sits. I'll be using mahasi noting aloud for my primary technique and we will see what happens. I wanna try my best for Sam as well, his passing really woke me up to how little time we have on this earth. There's no time for fucking around.

Posts: 162 Join Date: 4/25/20 Recent Posts
Sat a 45 minute session of noting aloud today. Sat in my car so that I was secluded from my house mates and could shout out the notes if the aversion got too high. This is exactly what happened. There was lots of doubt throughout this sit, "how could such a stupid technique get me enlightened"? God knows really. I've done this method for so long that I know it works but in the moment it really does feel like I'm fucking wasting my time lol. But anyways I kept it going until the bell rang. Probably around 1-2 sensations a second. I also used "there is" in front of the notes as I felt that made the verbalisations easier. There was a lot of tightness in my chest and it felt as if it was very hard to get the words out. Although after the sit I did feel very much at ease. Going to try to sit for at least 45 minutes each day.

You are good at this! Just remember to calm the body parts which might get too tense during noting. Have a gentle scan of the usual suspects like neck, jaw, shoulders, arms, hands. Once you sense the part tensing relax it.

Doubt is a very normal thing to arise. Note it

what is its feeling tone? Unpleasant? Keeps coming back, well, keep sending notes right at it.

Body sensations are always good to keep in mind. Return often to body sensations. These keep you honest and less prone to scripting

Nice touch with the car!

Posts: 162 Join Date: 4/25/20 Recent Posts
I'm at the "I'm fucking over this shit" phase of practice, I don't want to note aloud, don't even want to meditate. I'm just full of so much doubt as to how nothing out loud can even get me anywhere. I don't know I just feel like renouncing the world. Papa, George, anyone do you have any words of encouragement? I could really do with it right now...

Sit down, quietly, and examine where this boredom/lack of motivation/doubt might be coming from. This is a wonderful opportunity to use your skills to realize something profound. Deal with it wisely! 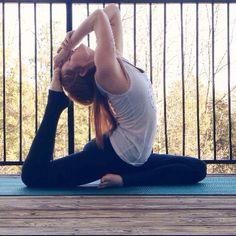 Posts: 370 Join Date: 6/27/17 Recent Posts
L J
I'm at the "I'm fucking over this shit" phase of practice, I don't want to note aloud, don't even want to meditate. I'm just full of so much doubt as to how nothing out loud can even get me anywhere. I don't know I just feel like renouncing the world. Papa, George, anyone do you have any words of encouragement? I could really do with it right now...
I would say this is a normal process of the hindrances weakening they will act up sometimes. It might be helpful in times when the hindrances are strong to frame it more positively - like now you are exhausting some of that charge and the next time there will be less of that hindrance.  In working with the hindrances you are gradually training your mind to subdue the hindrances (i.e. you develop the factors of awakening and awakeness awakens itself). So look at it like this hindrance now is being experienced but eventually your mind will be unhindered if you just keep doing the practice.

Also there is an energetic aspect  in that the energy of angst and impatience that you have can be channeled/redirected into energy of awareness. The key is to fully experience the charge and transmute the energy. The book "Wake up to Your Life" talks about this.

With doubt specifically it's because you have yet to experience certain fruits of the practice and the practice is lopsided - lots of boring unpleasant sensations, not much calm or tranquility or groundedness or feelings of pleasantness.  Experiencing the factors of awakening and jhana and all these things will work the doubt out in due course but for now the practice can be framed rather than expecting bliss or ceneterdness, just expect to deal with hindrances and make your practice about responding to the unpleasant sensations with a sense of poise and dignity and honesty.

You can also try adding more of a samatha focus in your sits.

Posts: 162 Join Date: 4/25/20 Recent Posts
Thanks for all of the advice guys, I just managed to sit for 26 minutes, wanted to do 45 but the aversion and the doubt got so high that I couldn't continue. Pretty much spent the entire sit noting "tightness" in my chest and "boredom". Ugh...I hate meditation lol

Posts: 2459 Join Date: 3/1/20 Recent Posts
Louis, I've had the same doubt arise 2 months into working with Kenneth Folk back in 2019! Doubted Kenneth as a teacher, doubted Noting as a technique! However I continued and this doubt passed away and practice went on.&nbsp;<br /><br />Im sure most folks will experience doubt coming and going away.&nbsp;<br /><br />See the reply I posted above yours! Also look at the reply I gave to george in his log, about what I did during very difficult times! I would watch two videos just before the sit. One by Shinzen and one by Kenneth Folk. These would give me enough boost and energy to accept it all, note it all and sit until the timer kicks in (minimum 45 minutes).&nbsp;<br /><br />And btw, doubt is not even the worst of all! DN can really feel like a mad house

So use these hindrances now to learn Acceptance and Allowance! It really REALLY feels like SHIT

but we gotta let it be what it is and accept it as such and allow it to be as is. You note/notice it even if you need to cry. Do it as you cry. Crying is good.&nbsp;<br /><br />This is like being stuck in Hell. Nowhere to run away. There are waves after waves of shit. However also a tiny bit relief between the waves of molten lava.

Note both of these! And accept that you can't run away from it! Allow it by noting it! You can do silent noting or even noticing without labels.<br /><br />Have a favourite body sensation to often return to so not to get lost in some scenario spinning about the practice. Breathing, belly rise and fall, nostrils, your choice.&nbsp;<br /><br />Btw, also consider what Chris and Sigma are suggesting.&nbsp;<br />Here you get 3 approaches. Choose one and give it energy and give it time. Any practice approach needs a few months (6 months in my opinion) to give some results.&nbsp;<br /><br />Just don't damage yourself. It's ok for the practice to feel like shit while on the cushion. However off cushion allow for some slack and do some hobby stuff and social living. Then again sit and allow shit to rain. After the timer, again give yourself some slack and not life. If you feel that even off cushion you are in mental anguish seek help.&nbsp;<br /><br />

Posts: 162 Join Date: 4/25/20 Recent Posts
Thanks papa it means a lot. It probably doesn't help that I have been very ill for the past three weeks. Just exhausted in general.

It sure doesn't help when one is sick.
Build up your strength slowly. Eat well, vitamins, hydrate, go out and get some air. Watch a comedy

Posts: 2535 Join Date: 2/26/19 Recent Posts
I just managed to sit for 26 minutes, wanted to do 45 but the aversion and the doubt got so high that I couldn't continue. Pretty much spent the entire sit noting "tightness" in my chest and "boredom". Ugh...I hate meditation lol
Classic dukkha nana stuff!

At this stage, while the meditator is noticing all that arises in his body-and-mind, he is getting disgusted with it. Although he cognizes clearly their dissolution by a series of good noticings he is no longer alert and bright. His contemplation is associated with disgust. So he becomes lazy to contemplate. But nevertheless he cannot refrain from contemplating. For example, it is like one who feels disgusted at every step when he has to walk on a muddy and dirty path and yet he cannot stop going. He cannot help but go on. At this time, he sees the human abode as being subject to the process of dissolution, and he does not relish the prospect of being reborn as a human being, man or woman, king or multimillionaire. He has the same feelings towards the celestial abodes.

When through this knowledge he feels disgusted with regard to every formation noticed, there will arise in him a desire to forsake these formations or be delivered from them. Seeing, hearing, touching, reflecting, standing, sitting, bending, stretching, noticing—he wishes to get rid of them all. He should notice this wishing. He now longs for the liberation from bodily and mental processes. He reflects: “Every time I notice them, I am meeting with repetitions, which are all bad. I had better stop noticing them.” He should take notice of such a reflection.

Some meditators, when so reflecting, actually stop noticing the formations. Although they do so, the formations do not stop taking place, namely: rising, falling, bending, stretching, intending, and so on. They go on as ever. Noticing of the distinct formations also continues. So, reflecting thus, he feels pleased: “Although I stop noticing the body-and-mind, formations are taking place all the same. They are arising, and consciousness of them is there, by itself. So liberation from them cannot be achieved by merely stopping to notice them. They cannot be forsaken in this way. By noticing them as usual, the three characteristics of life will be fully comprehended and then, no heed being given to them, equanimity will be gained. The end of these formations, Nibbána, will be realized. Peace and bliss will come.” So reflecting with delight, he continues to notice the formations. In the case of those meditators who are not capable of reflecting in this way, they continue their meditation once they become satisfied with the explanation of their teachers.
The only way out is through ... you got this Louis!

Posts: 162 Join Date: 4/25/20 Recent Posts
I managed to sit for 44 minutes doing freestyle noting aloud. Decided to do it with eyes open this time and it went a lot smoother. Probably because adding an entire sense door gives my mind more to do and therefore I get in the zone more. I emphasised noting "dukkha" every time I noticed that there was aversion in my experience or if I was craving a better experience.

No other goals. Before the sit maybe say "May I awaken for the benefit of all" and only have a focus on this session as the only goal, just as you are doing now. You practice Just For Today as if there will be no tomorrow and no "attainments". These mind states and thoughts are to be noted. Just put it all into the basket of this noting game