"When You Give a Tree an Email Address" - Discussion

"When You Give a Tree an Email Address"

"When You Give a Tree an Email Address"

Posts: 1741 Join Date: 10/1/11 Recent Posts
This from someone who occassionally posts here... an idea for you local ecosystem? Give the lake a blog, an email?

Perhaps then an email for seal ups, for plastic flotillas of the ocean (Dear Bottle Caps, I am coming for you. You are not alone, nor abandonned, you will be recycled and not in the stomach of a hungry gull-ling), to the city gardens east and west, to the dog park and its trash can...

=} Eco-dharma comes in many ways =}
The Atlantic (My formatting changes to letters, for easier reading)

When You Give a Tree an Email AddressThe city of Melbourne assigned trees email addresses so citizens could report problems. Instead, people wrote thousands of love letters to their favorite trees. 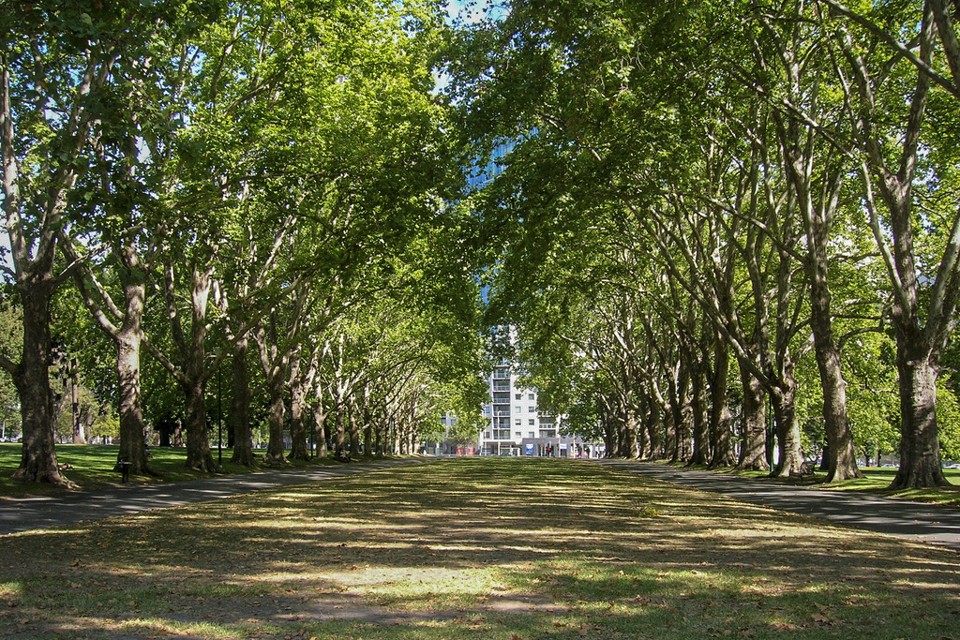 “As I was leaving St. Mary’s College today I was struck, not by a branch, but by your radiant beauty. You must get these messages all the time. You’re such an attractive tree.”

This is an excerpt of a letter someone wrote to a green-leaf elm, one of thousands of messages in an ongoing correspondence between the people of Melbourne, Australia, and the city’s trees.

Officials assigned the trees ID numbers and email addresses in 2013 as part of a program designed to make it easier for citizens to report problems like dangerous branches. The “unintended but positive consequence,” as the chair of Melbourne’s Environment Portfolio, Councillor Arron Wood, put it to me in an email, was that people did more than just report issues. They also wrote directly to the trees, which have received thousands of messages—everything from banal greetings and questions about current events to love letters and existential dilemmas.

“The email interactions reveal the love Melburnians have for our trees,” Wood said. City officials shared several of the tree emails with me, but redacted the names of senders to respect their privacy.

I'm so sorry you're going to die soon. It makes me sad when trucks damage your low hanging branches. Are you as tired of all this construction work as we are?

Thank you for giving us oxygen.

Thank you for being so pretty.

I don't know where I'd be without you to extract my carbon dioxide. (I would probably be in heaven) Stay strong, stand tall amongst the crowd.

You are the gift that keeps on giving.

We were going to speak about wildlife but don't have enough time and have other priorities unfortunately.

Hopefully one day our environment will be our priority.


Some of the messages have come from outside of Melbourne—including this message, written from the perspective of a tree in the United States:

Just sayin how do.

My name is Quercus Alba.  Y’all can call me Al.  I’m about 350 years old and live on a small farm in N.E. Mississippi, USA.  I’m about 80 feet tall, with a trunk girth of about 16 feet.  I don't travel much (actually haven't moved since I was an acorn).  I just stand around and provide a perch for local birds and squirrels.


Melbourne’s email-a-tree service is one in a litany of municipal projects aimed at leveraging personal and institutional technologies to keep cities running smoothly. In Chicago, there’s a text-based pothole tracker. In Honolulu, you can adopt a tsunami siren.

It’s a dynamic that is playing out more broadly, too, in concert with a profound shift toward the ubiquity of interactive, cloud-connected technologies. Modern tools for communicating, publishing, and networking aren't just for connecting to other humans, but end up establishing relationships between people and anthropomorphized non-human objects, too. The experience of chatting with a robot or emailing a tree may be delightful, but it’s not really unusual.

The move toward the Internet of Things only encourages the sense that our objects are not actually just things but acquaintances. This phenomenon isn’t entirely new: The urge to talk back to devices and appliances dates at least to the broadcast era. (As television ownership became common in the 20th century, newspaper columnists marveled at the new national pastime of shouting back at one’s TV.) The surprising thing in the case of email-equipped trees, though, is that some of the people who have sent messages have received replies. Like this correspondence between a student and a green leaf elm:

I hope you like living at St. Mary's. Most of the time I like it too. I have exams coming up and I should be busy studying. You do not have exams because you are a tree. I don't think that there is much more to talk about as we don't have a lot in common, you being a tree and such. But I'm glad we're in this together.

I hope you do well in your exams. Research has shown that nature can influence the way people learn in a positive way, so I hope I inspire your learning.

There was also this exchange between a person curious about biology and a willow leaf peppermint:

Do trees have genders?

I hope you've had some nice sun today.

I am not a Mr or a Mrs, as I have what's called perfect flowers that include both genders in my flower structure, the term for this is Monoicous. Some trees species have only male or female flowers on individual plants and therefore do have genders, the term for this is Dioecious. Some other trees have male flowers and female flowers on the same tree. It is all very confusing and quite amazing how diverse and complex trees can be.

One letter writer ended up talking politics with a red cedar:

Are you worried about being affected by the Greek debt crisis? Should Greece be allowed to stay in the European Union?

I seem to remember the Greeks razed you to the ground one time—are you still angry at them?

Greece is not out of the woods yet, but may be out of the EU….Some say that they should be allowed to devalue their currency in order to recover their economy, but the EU will not allow them to do that. Some say that it is partly the austerity program, which has made it this bad. They say austerity was a disaster for Russia after the breakup of the Soviet Union and for the recovery of Asia from the GFC…

The trees I have loved do not have email addresses. But if they did, I might take the time to remark on the lovely crook of one question-mark-shaped branch, and the softness of summer maple leaves dappling four o'clock sunlight onto my desk.

RE: "When You Give a Tree an Email Address"

Posts: 441 Join Date: 4/7/14 Recent Posts
This is so sweet! I love the idea. I think of the swallows who have nests over our front door as tenants, but love letters to trees? That's even better.

RE: "When You Give a Tree an Email Address"

Posts: 1741 Join Date: 10/1/11 Recent Posts
Yeah, isn't that lovely? Having been a civil servant who gets to hear a lot complaints as well as receive surprising and lovely letters, I really like imagining the staff seeing a totally sweet and unintended consequence of their program.

Swallows? me (here) too! There was this little nest over the exposed studs and all was charming.
And then on maybe Day 3 it was like David Attenborough arrived to narrate the competitive side o'nature in a nest among the weak and strong chicks. Guh. I had exactly zero equanimity for the natural event. <Sniff, sniff>