Posts: 223 Join Date: 4/7/18 Recent Posts
Adyashanti speaks about three possible expressions of awakening: on the level of mind, heart, and gut. For example, a practitioner can be awakened at the level of head, having transcendental wisdom, but his/her "heart" (compassion, sense of interconnectedness itd.) may not be equally developed.

Is there a parallel with three branches of Buddhism: Theravada, Mahayana and Vajrayana?

3. GUT (body / energy) = Vajrayana is a fundamentaly somatic approach to spirituality, according to Reginald Ray.

I look forward to hearing what you guys think about this.
theravada vajrayana mahayana

I've experienced Zen and Theravada Buddhism for extended periods of time. If I think about those two traditions in the way you're framing the question I would say that in their initial phases of the practice, Zen focuses in the awakening of the gut and Theravada focuses on the awakening of the head. I do not have enough experience with Vajrayana Buddhism to make the call on that one. After the initial phases of the practice, I think the traditions tend to converge, like railroad tracks. They're parallel close up but appear to meet at a distant point.

Posts: 1198 Join Date: 9/1/16 Recent Posts
I personally dislike Adyas model.  It is unclear what territory each of these cover.  Does one spiral through head, heart & gut awakenings through their entire path?  Or does each cover 1/3 of the map of coming to understand what we are?  If the answer is “both” , then the map is moreso poetic inspiration than clear design.  That’s fine, but best  to be presented as a haiku.

Mahayana & Theravada schools arose at similar times, rather than sequentially.  Also, the Theravada school acknowledged the validify of the bodhisattva path.  Most serious scholars do not consider Vajrayana to be a separate vehicle.  Rather, it is for advanced Mahayana practitioners.

In my opinion, the most interesting topic is this- if buddhahood were real in a pragmatic sense, how would it differ from arahantship, if at all? 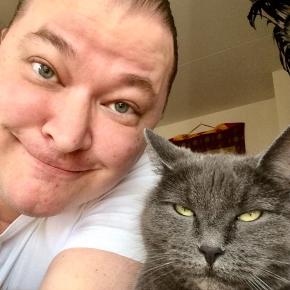 Posts: 707 Join Date: 2/5/13 Recent Posts
Does Adyashanti present an explanation what he means with the awakenings of the mind, heart and gut?

Vajrayana is based on mahayana, wisdom and compassion. In this light, I don't understand how mahayana would relate to the heart and vajrayana to the gut.

People say that Reggie Ray teaches vajrayana. How so, I wonder?

Posts: 590 Join Date: 9/26/18 Recent Posts
I agree. Perhaps, that's how Taoism would label / classify Buddhist branches, regarding lower, middle and upper dantians. Furthermore, I would correlate dantians with the Three Characteristics too: Anicca with lower dantian (due to energy flow, waves  and related stuff), Dukkha with middle dantian and Anatta with the upper dantian.

Posts: 467 Join Date: 9/29/11 Recent Posts
A couple things - for one, I'm not sure Theravada can be directly equated with the Hinayana.  The Hinayana, Mahayana, Vajrayana classification explicitly refers to a graduated set of teachings within Tibetan Buddhism.  Theravada is it's own branch - it seems to be often equated with the Hinayana, but this doesn't seem entirely fair as it is in essence a unique branch and system.  Therevada does reject the 2nd and 3rd turnings (see below), which would put it in the Hinayana category, but I have also heard that some people find explicitly equating Theravada with the Hinayana to be somewhat derogatory, or overly simplistic.

Secondly, the Hinayana, Mahayana, Vajrayana set of teachings has to do with a graduated perspective on the path rather than three separate tracks.  Generally speaking, these three branches are based on the three turnings of the Buddha's wheel of dharma, which got progressively more advanced.  The first turning concerned the basic path (Hinayana), the second turning introduced teachings on emptiness (Mahayana), and the third turning introduced teachings on Buddha nature (Vajrayana).

How do the 'yanas relate to mind, heart, and gut/body?  In my mind they are - all of them - predominantly focused on the mind, only casually related to the heart, and minimally related to the body.  The main focus of Buddhism is enlightenment / the end of suffering which inherently involves a dominant focus on the mind.  If you are looking for a more holistic approach, a system such as qi gong has a much more explicit focus on developing these three aspects as a cohesive and balanced system - the very idea of mind, heart, and gut is a western rendition of the three Dantiens energetic theory from qi gong.

When correctly recognised, it is easy to see the relation of these qualities with 1. head, 2. heart and 3. gut.

But to separate these three areas or dantiens, and the three basic qualities, is artificial and just something for study, that one need not bother later. In reality, all of them are the same and they all share the same empty nature of mind. The difference is in coverage.

Hinayana(*) attainment is not the same as mahayana (or vajrayana) attainment, even though they all are concerned with the same principle, that of emptiness of phenomena and awareness.

(*) not used as a derogatory term but just to point out that the ultimate attainment of the "small vehicle" is smaller than that of the big vehicle.