Swag's practice log (and other stuff too I guess) - Discussion

Swag's practice log (and other stuff too I guess) 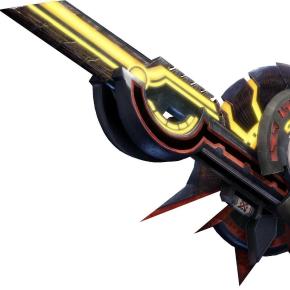 Swag's practice log (and other stuff too I guess)

Post: 1 Join Date: 4/6/21 Recent Posts
Hi everyone, I'm pretty new to this forum. I'm relatively active on /r/streamentry whose discussion and diversity of practices I enjoy a lot and have been lurking around here for quite some time. While I was initially largely skeptical of the whole awakening project, I've had quite a few interesting experiences and the movement of my own path despite whatever overt thoughts might arise pooh-poohing it, the way I practice tends in this direction. I'll try and give a description of my history, my meditation progress below, describe my practice as it stands right now, what my future goals are etc. FWIW, I'm 29 years old now.

Grew up in a very traditional in some ways, non-traditional in others south asian family. Had a really difficult childhood, physical abuse, bullying etc. which lead to me developing a lot of really poor coping mechanisms, a twisted moral compass, self-resentment and a deep depression and addiction issues that lead to me frequently contemplating suicide. Through some luck and good fortune, it turned around around this time. I have a great support network that I'm not often grateful enough for

. I was engaged in a PhD at the time and was (in my eyes at least, maybe not my peers but who knows) very close to failing out.

Had a bit of a love affair with psychedelics after discovering them, got a lot of value out of the good times and the bad, but a couple of negative experiences really turned me off from using them too regularly. Be careful folks, not always fun and games with these guys! I had some really profound "oneness" type of experiences that in a meandering way encouraged me to take up practice

I'll probably put this in bullet form since this is where I started practicing meditation more seriously. I haven't really been on a retreat except for some self-guided ones that I've done using talks on dharmaseed.

2021
My practice as it stands, what I want from it now & the directions I want to take it
I don't really know where I am on the practice map outlined in MCTB, but at present I'm not even sure if it's really that important. I'll probably re-evaluate and look for some guidance, either through engaging on the forum or by reading MCTB once my retreat itself is over. I don't have any expectations for my retreat except for hopefully giving me some sort of orientation for which direction to take my practice in the near term.

Thanks to anyone who bothered reading all of this, it was a pretty fun personal exercise. If anyone's got some helpful comments or just want to talk, I'm happy to engage

RE: Swag's practice log (and other stuff too I guess)

It looks like you have dealt with some knotty issues very skillfully and have a solid foundation of practice in place. I don't have any specific suggestions, just wanted to say hi and looking forward to following your practice!

All the best
George

RE: Swag's practice log (and other stuff too I guess)

Welcome to DhO! I don't have any  specific suggestions either, but I can point you some posts from Shargrol (you probably know him already in /r/streamentry) and Daniel on the topic, food for thought:

- Pros and Cons of goal-oriented and non goal-oriented traditions
- Vajrayana and Theravadan perspectives can work nicely together, with some caveats though
- When it’s time for Vipassana, when it’s time for Dzogchen
- Also check:  7 Factors of Awakening - Daniel Ingram's framework (a 1-page summary I made of MCTB2)