negative feelings/states of mind before DN?

negative feelings/states of mind before DN?

Post: 1 Join Date: 4/25/21 Recent Posts
Hi, I'm pretty new to meditation, or at least to having any kind of ongoing practice, but have become pretty invested over the last year.
I am having trouble situating myself on the map, which isn't really a problem, except that I'm encountering a lot of negative feelings in both my day to day life and sometimes during meditation. My instinct is that it is related to my practice, but I also think I'm too early on the path to be encountering dark night territory. I am wondering if anybody might have had similar experiences, or be able to help me deal with my own experience.

I've been reading the dharma overground boards for the last few days and it seems like the more info provided, the better, so here comes a chronological infodump and a pre-emptive thanks to anyone who wades through it all!

late 20s (off antidepressants)- had some spiritual experiences with hallucinogens, one that seems worth relating: a very terrifying trip where everything (including me) was breaking apart and spiralling toward an internal emptiness. I didn't know the term no-self, but it would definitely have resonated strongly at the time. That put an end to hallucinogens for me for quite a long time, and left enough of an impression that I can still clearly remember it 10+ years later.

late 20s, I did a 10 day Goenka retreat with no preparation and very little follow-up (I think I did 10 minutes a day for a couple weeks after and then nothing). During that retreat I had a moment of equanimity that felt pretty profound- the 1 hour strong determination sits were initially very physically painful for me, and I didn't complete the first two, but then it felt like a switch flipped during the 3rd sit, and the pain was just another sensation and it became obvious that it was my own aversion that was making me suffer. lacking the knowledge to put this insight in context, my takeaway was 'mind over matter'.
The other thing that happened during this retreat was that inner visuals and monologue became progressively darker and more violent over the course of the retreat. At the time, I felt fairly equanimous about it, the same as having a bit of distance from a nightmare; it was unpleasant but not real. It was strange to feel that detachment even as I was seeing/hearing some pretty dark stuff.
After the retreat, I think it was the memory of the violent images, and fear that meditation would be bad for my mental health, that inclined me to drop the practice, but it may have been plain old laziness as well.

[no meditation for 10 years]

Now (late 30s) had a traumatic personal loss a year ago, and dove into therapy and meditation by way of Pema Chödrön's When Things Fall Apart, specifically the tonglen technique she described. I was feeling like life was fragile and short and that in order to engage with it, and connect with people more deeply, I should work harder at knowing myself, including whatever darkness was there.

I soon hooked up with a teacher working with Shinzen Young's style, but who also knows and works with TMI, MCTB and other meditation styles/systems. I have also been self-educating, reading TMI, MCTB, Seeing that Frees, and lots of forums. I have been doing 1 daily sit of 45 min-1 hr for a bit over 8 months. Usually 30 min Shamatha then 15-30min Shinzen-style noting, and dropping in Metta whenever I have felt the need. Processing grief has been a pretty central part of my meditation and life experience over the last year, and metta has really helped with that. I've also been doing daily microhits, and 30 min - 1 hour walking meditation every couple days.

since last December I have had a number of sits (maybe 4 or 5?) that seemed to be related to jhana states. Two that were really blissful and ecstatic, kinda orgasmic but not located at genitals. Definitely reminiscent of MDMA. The very first encounter with this state felt pretty stable and lasted a while (maybe 10 min?), but the other times were shorter, and didn't feel like concentration was suddenly easier, so I'd guess were maybe just feeling the start of 1st jhana?

As far as vipassana goes, I feel like the progress is harder to note, or maybe I just don't know enough to be able to see the signs, but here are some experiences that felt important:(My language for describing this stuff is mostly based on Shinzen's system, and I'm running up against the limits of the language I have to describe this stuff. Let me know if I'm misusing terminology, or if there are better terms to describe any of this stuff..)

Anyway, the reason I'm writing this is because over the last month, there have been weeks where I've been feeling a lot of anger and anxiety in social situations, plus a lot of indifference to work. I realize that with a history of depression and a recent emotional trauma, all these feelings could be expected to occur naturally. I can't articulate why, but I have a strong suspicion it's related to my meditation practice.  Maybe these feelings are arising as a direct result of my practice, or maybe I am just more aware of my own emotional response to things in the moment, and the feelings themselves are naturally occurring, but the depth of the experience is new. Either way, at times I finding it pretty uncomfortable and exhausting. I feel very self-conscious and 'in my head' in a way that seems contrary to the goals of meditation and mindfulness practice, and remind me of when I was depressed in my 20s.
Meditations are generally not very deep when I'm feeling this way. It's hard to find access concentration; there's occasionally some relaxation but very little piti. A lot of time is spent lost in thought or torpor. But there was a good week in between bad weeks, where I felt good in the day-to-day, and felt like my meditation was going really well, and I had one of those experiences I described above that I think could be 1st jhana.

I guess one other thing I should mention is that my meditation goal remains deepening connections with myself and others, rather than awakening. In fact, I think I have some resistance to the idea of awakening, or fear that awakening would actually increase a sense of separateness/alienation. I feel weird enough in my head as it is. I realize awakening takes years of dedicated practice and I don't have to worry about taking a wrong turn and stumbling my way into enlightenment, but that is a resistance I have nonetheless and thought I should mention it.

Are there resources that might give me context or reasurrance? Should I think about modifying my practice? reducing/increasing time spend? In light of my hangups around awakening, should I swim back toward the shallow end? or just continue the course with as much equanimity as I can muster?

Many thanks to this community for all the wisdom on these boards,
and a special thanks to anyone with suggestions or comments!

RE: negative feelings/states of mind before DN?

Posts: 443 Join Date: 4/25/20 Recent Posts
It sounds like you have a well-developed practice with good technique and a good approach. I'm not a teacher or an expert, by the way, so this is just a player's opinion. In my experience, the predominant moods change in waves or cycles, and feeling angry, anxious or down, or on top of the world, for a month or so is common among meditators and non-meditators alike. So, while your issue could be mediation-related, it could also be the result of some other cause.  For many people, the quickest temporary fix for anxiety and anger is exercise, particularly vigorous outdoor exercise, like running or cycling.

I can't say anything useful about deepening connections with oneself, but in terms of reducing the sense of separation, and increasing a sense of integration, with the world and other people in it, you might consider the brahmavihara practices. A technique that I found useful and accessible is described here: https://library.dhammasukha.org/uploads/1/2/8/6/12865490/the_path_to_nibbana__d_johnson_f18.pdf I will mention that I don't find the theoretical underpinning that he describes convincing, but as a pragmatic practice what he describes is great. In other words, I am recommending the what, but not the why. (Some people like the why, too, though.) I also think it would be very unlikely for a person to stumble into the deep end with this practice, despite the mention of nibbana. There are a lot of other resources on the brahmaviharas, and particularly metta, but most of them are elaborate repetitions of the Visuddhimagga technique, which doesn't work for me, although I must say that they work for many. 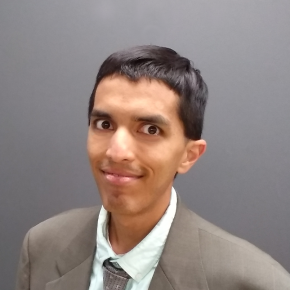 RE: negative feelings/states of mind before DN?

Thank you for your willingness to share your experiences openly and your courage to ask questions.

I agree with Martin's reply. You seem to be making responsible decisions with your practice. Exercise and brahmavihara practice have been helpful for me also when navigating anxiety or anger.

The main thing I would like to add to Martin's post would be the encouragement that you're not alone. Anxiety and loss were major factors in my decision to meditate regularly. Sometimes, especially during the first three to six months of consistent practice, I struggled or spun my wheels trying to figure out whether a particular anxious thought or feeling was caused by everyday life situations or my meditation practice. With time, the benefits of practice and the effectiveness of supporting mitigations like exercise or brahmaviharas have stilled a lot of my concerns. I share this to encourage you that struggles like these are normal and continued practice along with appropriate supports can help.

I wish you all the best in your practice and your life. May you be well!