Posts: 1382 Join Date: 5/5/19 Recent Posts
Someone shared this link in the Shinzen's community group, and it's a goldmine. A six part interview with Shinzen on oral history, UCLA library.

In the part 5, around an hour mark or a few minutes after that, Shinzen talks about Bill Hamilton and his friendship with him, then mentions Daniel and Kenneth Folk, and goes on to talk about how important was what Daniel did, and confirms that Daniel's work is not just some ideas, it comes from deep liberation experience.
Enjoy!

Posts: 281 Join Date: 5/5/19 Recent Posts
"Daniel stirred the pot" is a great comment. Precisely what won me over. There may be a lot to work out until the precise balance is reached. But I have a vision of Daniel Ingram coming up with the first Diagnostic and Statistical Manual of Meditation. Looking back at MCTB as a first attempt. 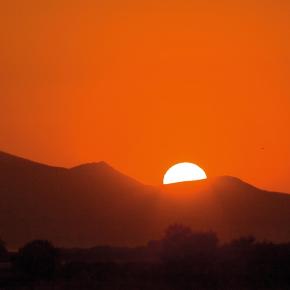 Posts: 1345 Join Date: 5/4/20 Recent Posts
I would go as far as saying that Daniel Ingram not only saved my practice but my life.

Posts: 496 Join Date: 9/24/19 Recent Posts
Amazing resource overall. Been curious about the history with Bill Hamilton for quite a while and great to have a resource that treats it in a more methodical, exhaustive way rather than the piecemeal info I have gathered otherwise.

Ha! "Daniel's followers ... they argue about their petty attainments, but at least they are working their butts off and surely this will lead to something"

He is a good man, Shinzen is! His video instructions about noting aloud did help me very much. Thank you Shinzen!

Posts: 5891 Join Date: 12/8/18 Recent Posts
Hehe, yeah. I often find myself understanding why Daniel gets a bad reputation in some contexts. It's not his fault, I'd say, but ours.

I have made quite a few observations about Shinzen's followers too. The "What would Daniel say" jokes here aren't even a joke in the Shinheads facebook group. At least when I was still active on facebook, there were lots and lots of "What would Shinzen call this" and "Where does this experience fit into Shinzen's grid (or new grid, or even newer grid)" and so forth every day there.

They are both teachers (yeah, sorry Daniel, but you are a teacher) with a lot of substance, not any stagnant kind of substance but great fluency and flexibility in their skills, and lots of nuances. And then people treat their teachings as something fixed and readymade. Until they don't; I have also observed that they both have some pretty darned skilled practicioners as their followers. I have also noticed that I'm far from the only one who follows both of them.

Posts: 281 Join Date: 5/5/19 Recent Posts
" The habit doesn't make the monk" .  People take theoretical frameworks and try to fit them over their experience or lack of it like they are something you can wear. It happens with every new teacher that appears on the scene. There is so much more information besides warnings about doing this in MCTB. Yet there is a type that will make a sprint to the attainments section, memorize them and use them to give precise descriptions of where they think they are. I can't stop my jaw from dropping with some of these accounts.

Posts: 5891 Join Date: 12/8/18 Recent Posts
I've got to say that I don't find mapping a problem in itself. It depends on how it is used whether or not it becomes a problem. I find the maps awesome for reminders as to how I need to secondguess myself, because there are phases and stages where some specific pitfalls are extra common. If I know where I'm at, I'm more likely to realize what my bias looks like at the moment - just like I know that during a specific phase of the hormonal cycle, reality is most likely not quite the abyss that it looks like to me, and my memories of it always being like this are skewed. I don't use the maps to get somewhere but to contextualize where I am so that I don't jump to conclusions. It's a way of decreasing the amount of harm I do.

Posts: 5891 Join Date: 12/8/18 Recent Posts
Also, one big advantage to the mapping, as I see it, is that the maps have built in them a distinction between phenomena as they seem to occur and how the mind approaches phenomena. That distinction is important in order to not get things all entangled, I find. Shinzen makes that distinction too, for instance as different axes on his grids, which one might think would be as clear as it can get, but for some reason I have noticed that many who follow Shinzen don't realize the significance of it. His more advanced students do, though. I think Shinzen has baked in so many subtle but important aspects into the slicing and dicing of his grid at the same time that a lot of it just goes over people's heads (is that a saying in English too, or is it Swenglish?). Now, I think many of Daniel's followers miss the significance of this aspect too, but at least Daniel is very explicit about it when he explains the maps (and elsewhere), so it's hard to miss it entirely.&nbsp;

Posts: 496 Join Date: 9/24/19 Recent Posts
Part Six where he talks about meeting Nicola Geiger is worth listening too as well.

Posts: 2020 Join Date: 2/26/19 Recent Posts
Whatever session I click play on, it always goes to session 1. Anyone else have that problem or know a way around it?

Posts: 496 Join Date: 9/24/19 Recent Posts
You gotta click on the little play icon on the right-hand side of the session box.

Posts: 1382 Join Date: 5/5/19 Recent Posts
Whatever session I click play on, it always goes to session 1. Anyone else have that problem or know a way around it?
I haven't checked this on mobile so I don't know how it's there, but on computer, yes I had this issue too. It doesn't update correctly sometimes. So as Brandon said, you have to click on the play icon on the right side of each item, and check that it has updated the date of the item below the player, if it hasn't updated that, you need to click the item' play button again until it updates the current item in the player, and accordingly, its date below the player in the description section.

Posts: 2129 Join Date: 3/1/20 Recent Posts
Same happened on my iPhone (Safari) and no matter what I chose it always played only the 1st part. But on my laptop there was no issues and I could choose the 5th no problem (Chrome)

Posts: 1382 Join Date: 5/5/19 Recent Posts
Thanks for sharing your experience with that Papa Che.
They need to fix their mobile version then.

Posts: 80 Join Date: 4/6/14 Recent Posts
If someone needs a downloadable version (like me, for carrying it around on phone and listening to it), I put it together from those http streaming chunks and stuff, so here you go: all 6 sessions in one ZIP as mp3's, totaling almost 2GB: https://uloz.to/file/EDjRC5th2RIn/shinzen-young-interview-of-shinzen-young-ucla-zip (it takes a long time to download unless you pay for fast download; if someone has a better hosting solution, feel free to re-upload somewhere else).

EDIT I remembered old mp3-fu skills and re-encoded those (as Opus, a codec madated by WebRTC IIRC, so probably supported on most devices), so it has only 370MB now:  https://uloz.to/file/eYN6gYCXFA9P/shinzen-young-interview-of-shinzen-young-ucla-opus-encoded-zip

Posts: 5891 Join Date: 12/8/18 Recent Posts
The part when he talks about drug-induced food cravings with strong sensory clarity sounds very similar to some experiences I had during pregnancy (definitely not drug-induced - unless we count natural hormones, which would actually make a lot of sense). I too craved fluffy chocolate-y things (pudding in my case) because I loved the taste and texture of the holes in it, much more than the actual chocolate. I remembering saying out loud exactly what he said.

(I'm a bit weird, though, insofar as I have had preferences with regard to the holes in food long before that as well, as long as I can remember, actually. As a teenager I was an ice-connoisseur with strong preferences for the specific chrystal structure that comes when water freezes fully and then melts to a specific degree. And I still haven't forgotten how delicious snow can be, even though I'm much too grown-up to eat that, knowing how polluted and dirty it is in most places. But that chrystal structure - what an intricate formation of holes, and how I enjoyed that as a kid! I think the ice phase was sort of a try to recreate that experience in a cleaner way.)

As for technical issues with the recordings, I can't pause the listening of a section and then continue at a later time. It always starts from the beginning of that session. I wonder of Siavash's advice works for that as well. I guess I'll give it a try, as I have found that they are often helpful.