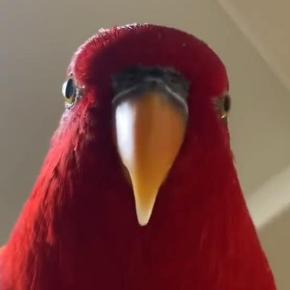 Posts: 238 Join Date: 1/7/14 Recent Posts
I slept in late this Friday and woke up with this experience to greet me. It was seemingly impossible and I can't wrap my head around it and am having a hard time believing this just happened. It's hard to put into words as the experience fades, even though it happened within hours of now.

I woke up with something incredibely off. Something about reality, no-self and insane levels of existential turmoil and confusion. I could still do everything I normally could like walk around and talk but something that's supposed to happen to keep reality from fucking up didn't seemingly. This happened several times and I woke up shaken in what seems like rapid fire. Like one frame of experience per waking. And I was freaking out. Breathing fast like I'm having a panic attack, with cognition severley limited for the breif time somehow. I was so scarred. I remember trying to get dressed fast thinking I would just jog it away. I had to get a re-grip on reality several times before it would settle in that I'm safe. Then it took a while while I lay there in almost shock for my mind to come back. I was wishing that things were ok and not so existentially hellish.

I sat there somehow making sense of what just happened mathematically. The number three and the shape triangle kept seeming relevant. This experience implicated time and space somehow. As if one one dimension could be experienced at a time and no more, thus attributing to its stuckness trapped-quality. Weird thinking like this and more and more returning to regular safe waking conscioussness continued to happen until the experience fadded and seemed way more benign. I was terrified so deeply that something like this can just happen but more and more this faded into being Ok with what happened. Being Ok with being alive.

This was really confusing and a deeply spiritual experience. It took me by surprise how it came out of no where. I stayed up all night, taking a breif nap before this happened, and was actually working with MDMA the previous night. Something I have only done recently once before in an attempt to help with psychological stuff. It seemed fine and nothing particularyly off happened when I was using it last night. Maybe my body was super taxed from the experience and staying up all night. Perhaps they were some physical facors contributing to the occurance, still, it does not explainin the why or what of the experience.

It did seem to have some interesting insightful quality into the fundamental nature of reality and it may have even been like cessation. I was thinking that what it was was a series of repeat fruitions in a stressfull confused state. I don't feel any different though from yesterday. The three characteristics are just as noticable as usual. Maybe this experience doesn't need to be understood or won't be. It was just such a strong experience that I feel owes inspection. It is hellish yet I miss it already, like it's a good memory! It is interesting to think about what happened now but during the experience it was some of the worst torture I've ever endured.

Posts: 466 Join Date: 9/19/09 Recent Posts
Was it a weird indescribable and highly unpleasant sense of doom and dysphoria?  What you're describing sounds like akathisia caused by the MDMA.  It's usually caused by antipsychotics and then less frequently in antidepressant medications.  It's a temporary state caused by the drug.  However, I haven't heard of this happening with MDMA before, but I suppose it's possible