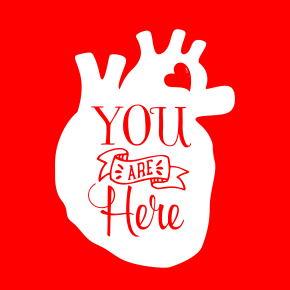 Posts: 38 Join Date: 1/18/18 Recent Posts
If there were something like a mettā version of Tinder, but instead of shallow relationship swipe craving, the reward loop is replaced with types of loving kindness, would you use it and if so what features would you find engaging; or would that be an example of mcmindfulness that misses the point?

If you're wondering why I'm making this post, to test what I'm like on the platform I recently signed up for Tinder (gamified speed dating essentially) and was horrified how addicting it can be to people to the point that they even state in their bio they hate tinder, it's shallow, but admit they still use it and don't know why.

Are people unknowingly using Tinder as a reward loop for extracting loving kindness from other people rather than the site's original intention? If so, what features might fill in the gap to make a mettā version of Tinder genuinely worth existing? One possibility could be if someone gets/shares enough loving kindness, they're given the option to auto share mettā to a larger network, gradually until it's the entire planet/universe as referenced in this video.

Bonus: people could share a response like ava-sessions, and ultimately act as a gateway to meditation culture.

Posts: 623 Join Date: 8/7/17 Recent Posts
What about the gambling aspects of it, with the hook of it being free and possibility of getting lucky?

The investment aspect, investing in using it to communicate or even meet up, stirring further commitment not to person but to the app? How many wise Tinder persons meet with a negative experience and stops? Heck even these make people happy - they post them proudly to social media.

Humans are such easy-to-manipulate creatures, no?

Posts: 38 Join Date: 1/18/18 Recent Posts
Yeah, that was the downside of the idea, it would likely need to be a carefully controlled/filtered digital experience otherwise people who identity with troll culture would likely take over and ruin the platform, and irl meeting might need to be made difficult to impossible; in some ways that's the point, but unless the cookie clicker like nature of it is grounded in a larger framework of understanding the human condition and meditation culture, it could lead to dissolution defeating it's own purpose. Each time someone realizes they can switch to automated mettā, I was envisioning something like this, but obviously more down to earth and grounded in human experience.

Posts: 623 Join Date: 8/7/17 Recent Posts
That was probably the limit of my contribution (if any). You seem way, way smarter than my humble self. And I wish you godspeed in your endeavours - would love to see your brilliant brain come up with something wonderful!

I should get back to meditation, used too much brain juice for 'unhealthy' purposes today!

Posts: 38 Join Date: 1/18/18 Recent Posts
It might seem that way, but it's more like zen navigation; wouldn't have come to this idea if I didn't get inspired after reading your earlier reference to metta, searched fore and somehow found myself on tinder.