The World of Interrelatedness - Discussion

The World of Interrelatedness

The World of Interrelatedness

Posts: 638 Join Date: 9/15/09 Recent Posts
Adyashanti's earlier writings tend to be somewhat dualistic, but his recent writings in the past couple of years reflect deep insights that resonate.

Whatever felt, seen, heard, tasted, smelled and thought that seem so real and awareness that is often taken to be more "real than real" is no different from the "chariot" and its basis of designation."

THE WORLD OF INTERRELATEDNESS 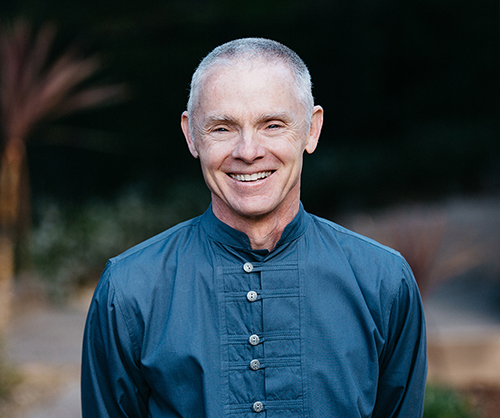 “When you feel love or fall in love, that’s a very real feeling to you, and yet you can’t see it, you can’t weigh it; it doesn’t have any objective sort of existence. Nonetheless, we treat it as more real than the things we consider to be real—certainly as more important.”

When we think of interrelatedness, we usually think of big or small things that are in relationship with one another. However, the way I’m using the word is not like that. I’m not denying that, but there is something deeper than that. Things are actually nothing but interrelatedness itself.

And so it is with each of us. When you look inside for your true being, you might say, “Okay, exactly, precisely, what is this thing called ‘me’? What actually is it?” The more you look for it, the more you can’t find it. The reason you can’t find it is because it is nothing but interrelatedness. There’s no substance. There’s no thought, idea, or image to grasp. In that sense, it’s empty, but not empty in the sense of being nonexistent. It’s empty in the sense of being unexpected or inconceivable.

When you feel love or fall in love, that’s a very real feeling to you, and yet you can’t see it, you can’t weigh it; it doesn’t have any objective sort of existence. Nonetheless, we treat it as more real than the things we consider to be real—certainly as more important. Most people, if they feel love, their love feels more important to them than the solidity of their toaster. The love has no solidity to it at all. It has no objective tangibility to it, and yet, it’s something that one could orient their whole life around.

This is probably the fundamental barrier that any of us will bump into in spirituality: the barrier between awareness and the objects of awareness. The fundamental duality is that there is this world of things, and then there’s seeing and experiencing this world of things, and somehow those two are different. One of the great misunderstandings about unity is the belief that it reduces the world to a sort of homogenized “goo” of agreement. Actually, in some ways it’s almost the opposite. It frees the uniqueness in you, and it frees you to allow the uniqueness in others. Uniqueness flourishes when we see the unity of things. It doesn’t get flattened out—just the opposite. You just stop arguing with the difference that isn’t like yours.

When you have two viewpoints that are open to interrelating, almost always something will arise if you stick with it long enough, if you’re sincere, if you’re openhearted, if you actually want the truth more than you want to win or be right. Eventually something will bubble up from that engagement that’s truer than either one began with. If you have two people who are openhearted and see the truth and usefulness, even the utility, of really relating, they’ll see that, and both people walk away feeling like “Gosh, I feel good about that, like we both win because we both discovered more than we started with.”

That’s why I’m always saying that this is really about a kind of vision, not in the sense of having visions, but the quality of our vision, the quality of our perception when we can perceive without the dualistic filter. What seems to be this impenetrable sort of barrier between us and things, us and the world, us and each other, is fundamentally between our consciousness and what consciousness is conscious of. That seemingly basic and immovable sense that there is a fundamental difference, a fundamental separation, is what’s really dispelled when our insight gets deep enough.

Excerpted from “The World of Interrelatedness,” April 10, 2019 ~ Garrison, NY

Available as an audio download, The World of Interrelatedness.

Shinzen talked recently about a realization that also sounded like unilocal - https://www.youtube.com/watch?v=LPnLDtHLymo

Posts: 638 Join Date: 9/15/09 Recent Posts
A h almaas is another one that was quite dualistic in the past but in recent years has broken through to MCTB 4th path based on his latest book and is now clearly anatta rather than substantialist. And yes unilocality seems to be pointing to total exertion and interrelatedness. But i prefer the expressions and clarity of adyashanti in his recent articles.

Shinzen talked recently about a realization that also sounded like unilocal - https://www.youtube.com/watch?v=LPnLDtHLymo
Always wondered about Teresa

“I saw in his hand a long spear of gold, and at the iron’s point there seemed to be a little fire. He appeared to me to be thrusting it
at times into my heart and to pierce my very entrails; when he drew it out, he seemed to draw them out also, and to leave me all on fire with a
great love of God. The pain was so great, that it made me moan; and yet so surpassing was the sweetness of this excessive pain, that I could not wish to be rid of it. The soul is satisfied now with nothing less than God. The pain is not bodily, but spiritual; though the body has its share in it, even a large one. It is a caressing of love so sweet which now takes place between the soul and God, that I pray God of His goodness to make him experience it who may think that I am lying.“During the days that this lasted, I went about as if beside myself. I wished to see, or speak with, no one, but only to cherish my pain, which was to me a greater bliss than all created things could give
me.“I was in this state from time to time, whenever it was our Lord’s pleasure to throw me into those deep trances, which I could not prevent
even when I was in the company of others, and which, to my deep vexation, came to be publicly known. Since then, I do not feel that pain
so much, but only that which I spoke of before—I do not remember the chapter —which is in many ways very different from it, and of greater
worth. On the other hand, when this pain, of which I am now speaking, begins, our Lord seems to lay hold of the soul, and to throw it into a
trance, so that there is no time for me to have any sense of pain or suffering, because fruition ensues at once. May He be blessed for ever,
who hath bestowed such great graces on one who has responded so ill to blessings so great!”

Posts: 597 Join Date: 3/13/16 Recent Posts
I have to think most of you have read this, but I almost always use some variation of this approach in explaining emptiness to discussion groups.

Posts: 638 Join Date: 9/15/09 Recent Posts
“[3/8/19, 1:23:25 PM] John Tan: However the article (by Adyashanti) should not lump all into one. They are different insights. "More real than real" is one insight. Everything is in fact truly real is another. The "real" is just "inter-ratedness". Then the clear view of the relationships and how to re-understand and live with the new experience and insights.
[3/8/19, 4:53:14 PM] Soh Wei Yu: More real than real is different from everything is in fact truly real? What do you mean? More real than real is just luminosity right
[3/8/19, 4:54:26 PM] Soh Wei Yu: Btw it occurred to me that advaita talks about non arising but the diff with buddhism is that buddhism non arising is the rejection of inherent production due to being free from causation by self, others, both and causeless, which is to say everything is non arising and free from inherent production due to dependent origination. Whereas in advaita everything is non arising due to everything being mere imputation and projection upon the inherently existing substratum of brahman
[3/8/19, 5:06:41 PM] John Tan: Yes. That (More real than real) is also an insight that turns the mind internal. Non-arising means appearances without essence similar to a reflection, like a rainbow. That (More real than real) comes with I AMness. The different between anatta and substantiality is beside appearance, there is innate feeling of some essence separate from the appearances of colors, sensations, sound, smell, taste and thoughts. Therefore one cannot be fully open and release.”

I wrote to someone to clarify -

"the OP is not about who has the higher view, it is about the necessity to distinguish the different insights and not lump them all up.

Which is to say, Adyashanti has expressed most of those important insights, but could have done a better job delineating them"

"it is not a dispute, it is just stating that it is necessary to delineate them for readers to understand

I am sure adyashanti will agree if he is around. He did some delineation in his books"

"the “innate feeling of some essence separate from the appearances of...” is not a
criticism of adyashanti’s current mode of insight but the flaw of being
stuck with I AM paradigm.

Which adyashanti has criticised several times himself in recent articles. Adyashanti has warned many times about being stuck in the I AM.

I am very sure, just from adyashanti’s recent expressions alone, that he no longer has “innate feeling of some essence separate from the  appearances of...”

This very moment, modified 1 Year ago.

Posts: 45 Join Date: 7/6/17 Recent Posts
Eternal, what is the name of your ebook?  I would be curious to read about your story so I can shed light on mine.

Posts: 638 Join Date: 9/15/09 Recent Posts
This very moment:
Eternal, what is the name of your ebook?  I would be curious to read about your story so I can shed light on mine.

My ebook and my story? You don't mean Adyashanti's right?