Culadasa on The Dark Night - Discussion

Culadasa on The Dark Night

Culadasa on The Dark Night

Posts: 123 Join Date: 9/7/15 Recent Posts
I expect this to be controversial, but I hope it will generate interesting and civil discussion.

Posts: 113 Join Date: 7/30/20 Recent Posts
Thank you very much for sharing this interview,

I just watched the first 20 minutes yet but I reached out to Culadasa a few weeks ago because of those 'Dark Night issues.'
With just a few years of meditation experience I consider myself as a newbie to spirituality and most importantly Buddhism, I have seen a lot of people here on the forum whose knoweldge surpass mine by far, nonetheless, I will share my opinion limited on my konwledge and experience.

I think that it's totally negligently to just put off the topic by saying most of it is scripted and pragmatic dharma increases the likelihood of falling into this trap. Before I began reading buddhist, or spiritual literature, I had absolutely no clue about what I was doing, besides sitting on a cushion, when all of a sudden I had my first A&P, followed by pure terror for several weeks.

When I contacted him about my difficulties a few weeks ago, he was solely reffering to stage 4 purifications, which is his interpretation of a Dark Night. This does as well not really make sense to me. As I grew up I did not experience any obvious traumatic events, how does it come then, that those purifications go on and on? Afaik, he even states, that one has to overcome stage 4 purifications in order to move on in his model for developing concentration, this wouldn't make any sense either, since a) how long should one stay at stage 4, if this process continues for decades? b) how can one possibly develop Shamatha in about two years of practice? This would't resonate with Daniels progression as well, since his concentration seems to be quite remarkable.

I think one of the problems is, that everyone uses a conceptual framwork, which matches best with their experience and that results in a certain bias, which does not allow for any other possibilites.

I'm really thankful for Culadasa's TMI but I rather find myself in disagreement with him, just from an experiential standpoint. I'll keep watching the video, maybe I'll change my opinion after.

I too managed to hear 20 minutes.

As a person who has learned so much good stuff from TMI and from Culadasa’s earlier talks (especially on insight, actually), it pains me to hear this.

Culadasa doesn’t mention Daniel Ingram by name (at least not the first 20 minutes), but talks about – and against – ”pragmatic dharma” and clearly and unfairly misrepresents at least Ingram’s position, which he has stated in MCTB and in several podcasts, namely that the Dark Night-stages can show up extremely differently for different yogis, and that for some, maybe most, it is not a big deal. Neither Ingram nor ”pragmatic dharma” (however you want to delineate such a broad and fuzzy thing) state that severe mental problems should be expected for the yogi who advances beyond the 4th nana. This is a straw man.

How large a percentage of yogis that do get into serious trouble, nobody knows yet, neither Culadasa nor Ingram, but the latter is actively working on gathering data and doing the relevant science (in cooperation, as far as I know, with Willoughby Britton, whom Culadasa praises) and issues caution until science has spoken, which of course is the only responsible thing to do.

Strange also that Culadasa claims that DN is not just a Western, but a specific US problem. I haven’t read any dharma stuff older than Mahasi, so I cannot decide if Culadasa represents ”Zen sickness” and the equivalent Tibetan thing (didn’t quite catch the word) in a fair way. But he should have had this counter question: ”Forget the term ’Dark Night’. Why were nanas 6-10 named as they were – in Asia many centuries ago – if this is a modern, North American ’toxic meme’? Did every yogi who practiced based on Buddhagosa just sat serenely and had a purely intellectual ’Knowledge of’ the horrible stuff? Did none of them freak out?”

I am really disappointed by Culadasa in this video, I must say. But I will try to watch it to the end. 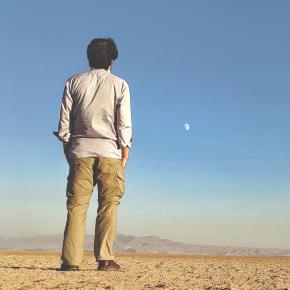 Posts: 1581 Join Date: 5/5/19 Recent Posts
It was painful and disappointing for me too to hear him talk like that. It's dishonest. He presented as if Daniel has gotten this term from Willoughby Britton and has misused it. I stopped listening after 18 minutes.
It's sad to see how Culadasa has evolved these years (Or maybe there is not a big change, and now we see more of what already was there).

Tim FF !!! I think I know who stole all the toilet paper from the Bar(do)s toilet!!!

Posts: 189 Join Date: 5/28/12 Recent Posts
Chris Marti:
https://www.dharmaoverground.org/discussion/-/message_boards/view_message/15569509#_19_message_15190494
Sorry- I was just joking really. But there always seems to be something with these guys doesn't there. Smh - as I think the youngsters put it

Tim FF !!! I think I know who stole all the toilet paper from the Bar(do)s toilet!!!

This definitely calls for toilet paper. He's critiquing the smoke, not the fire. The first fruit of the dark night, according to John of the Cross, is humility. So maybe he really has gotten to where he is without having one.

Posts: 2459 Join Date: 3/1/20 Recent Posts
I can't be certain but have a feeling that some folks simply have a large stash of good karmic points and only ever knew Jhanic path and negate all others.

Then there are those like me that had a few good Karmic coins and wasted them on Jhana path and then fell down hard to only later after years of Mysery find POI.

Then there are those who instead of good coins only have piles of dusty coal and only way through it is the Noting shovel.

I also like Kenneth F's take; we people have different density. Some of us are very fucking dense and need lots to get it. Others less dense still need to dance the dance. And then there are those few non-dense like Bāhiya of the Cloth and just get it at once and go ahead to be gored by a cow protecting her calf and be done with it