Is The 3rd Path "Moment" a Real Thing? - Discussion

Is The 3rd Path "Moment" a Real Thing?

Is The 3rd Path "Moment" a Real Thing?

SE: A *blip* moment, followed by an intense rapture-y afterglow

2nd path: Another *blip* moment, or maybe something involving wobbly vision, idk I've read conflicting reports and maybe 2nd path isn't really a distinct path so much as it is "mature stream entry"

3rd path: Some kind of epiphany? Is there a *blip* here, or are those just repeat cessations after 2nd path? I have no clue.

4th path: Indescribable. You'll know it when you hit it.

Not exactly a confident list all around, but I feel especially lost on 3rd. From what few accounts of the 3rd path moment I've been able to find, it sounds more like the "3rd path moment" is the realization you're already in 3rd path, as opposed to the moment you actually cross that threshold.

Is that 3rd path? Is it nothing noteworthy? I have no idea. I've been burning through dharma books like a madman, but it seems like the more I learn, the less I know -- and I don't mean that in a "cute" way. I mean that in a, "I'm very much in need of guidance on this, please help," kind of way.

I experienced a path moment (cessation) that I will assert marked the transition to third path, but it was nowhere near as dramatic as the first path, first cessation. The moment presented as a deep blue iris (like the one in your eye), followed by a definite, clear cessation. The transition to third path was not a clean break, however, or so I recall. Over a period of time (weeks? month? It was some time ago) I could feel more, and the heart became the main focus and cutting edge of my practice.

Posts: 2475 Join Date: 2/26/19 Recent Posts
I wouldn't want to comment on paths, but I think the shift in focus from body to space is signifcant. Next you could investigate space itself - is it real or do you construct your sense of it? (or both - no need to answer, just something to think about) 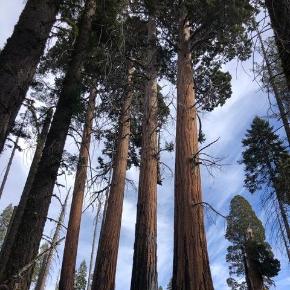 I experienced second and third paths in 2017 so my memory may not be perfect, but my experience was like what you wrote with realizing you’re in third path when you’re already in it. Third path was also notable for luminosity experiences and the Wisdom Eye intermittently opening, as well as many cycles of A&P through Equanimity without attaining fourth path.

My practice was maybe atypical and a bit obsessively intense in that I practiced mindful awareness at every possible moment, while on the bus, while walking, while doing pretty much anything. Prior to stream entry I was intermittently suicidal and so felt I had nothing to lose by throwing every possible bit of energy I had into practicing as continuously as possible, on and off cushion. Instead of going to a retreat and doing specific practices like focusing on my breath, I made it my sole priority to be aware of every sensation in every moment as much as possible and as continually as possible. Which is just to say, my experience may be atypical since my practice was.

Second path was predominated by awareness of emotions for me and old karma coming up around emotions, witnessing the three characteristics in emotions repeatedly until the emotions felt like weather patterns just happening. For instance, feeling angry walking across a bridge and noting every physical and emotional sensation of that anger - experiencing the three characteristics in emotions and physical sensations related to them, etc.

After having a fruition at the end of the second path cycle, I wondered if I could be in third path. Emotions were less present and there were many cycles without attaining fourth path. I think the cycles gave it away primarily and figured I was third path after (if I remember correctly) two different cycles without new insight and a different feeling than second path. Luminosity was also very present which wasn’t so much in second path. Things were indescribably beautiful. The sense of a centralized awareness remained, but felt less like a “watcher” as a self with a personality vs just a point in space that everything happened with reference to. When luminosity was present in high doses, this apparent “central point” experience was not present, but when it returned I didn’t understand that the central point, and luminosity, and all other sensations are all transient and not self and suffering. When the central point experience returned, I went back to identifying with it, in other words. Also in third path, there were Wisdom Eye experiences where I did not experience identification with anything and it felt like everything was happening on its own, sensations and awareness unfolding. Yet I did not understand at that point that this is how reality always is, so when these experiences ended I went back to subtle identifications and subtle selfing experiences.

And as for concentration, I was able to reach all jhanas 1-8 prior to stream entry, so I don’t have anything valuable to contribute about that with regard to third path.

I hope there’s maybe something helpful somewhere in this for you. Post fourth as of 2017, I meditate daily but less obsessively and I haven’t read dharma books in a long time so I’ve possibly lost some of the lingo.