Posts: 16 Join Date: 8/22/21 Recent Posts
How to "be in the now" when you feel like your sight is not very good? How to observe the surroundings? How to accept the present moment? "My sight got worse and so now I can't be in the now and observe". How to truly accept in such situation? Apart from getting glases lol. 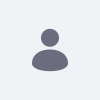 Posts: 930 Join Date: 2/22/20 Recent Posts
Dukkha usually starts with seeking issues not where issue really is and seeking solutions not where the solutions really are.

Acceptance is not something that is done but something that kinda happens naturally when all options are exhausted. Kinda because actually it doesn't happen and should never happen. Person whose mind is set at solving the issue will always work at solving it. Option might be exhausted but should that happen mind won't be restless. Instead it will be attentive.

What acceptance really is?
Lying to yourself that the issue cannot be solved.
Something might be exactly the way you lie to yourself it is but it will still be a lie unless proven/confirmed by right action.

And because eyesight can be improved accepting it is just wrong.

EDIT://
Corrected spelling.
BTW. I improved my eyesight so I know it works. In my case it was from good to better but it is the same thing. More people improved their eyesight from deteriorating to workable so it should be even easier.

Posts: 104 Join Date: 4/6/14 Recent Posts
Split the issue into the practical (getting glasses/lenses/laser, exercises for eyes, dunno... I would try a different forum for that one) and contemplative.

Guessing from your question, you seem to have a different definition of mindfulness, or being present. But then, how would you do sitting meditation with eyes closed, for example? And would it be useful? Your inner experience is what mindfulness is about (body, feelings, mind, mind objects - is the traditional way of putting it); so knowing I have a seeing / hearing / ... is mindfulness (the "meta-cognitive") but what you see or hear (the "cognitive") and so on is irrelevant — for mindfulness, that is.

Keep looking at your feelings and thoughs and body reactions around the bad sight situation, that is your present moment, including the resistance to it, the disliking, the drama and future dramas and frustration, anger, sadness, thinking about solution and so on. Do that moment after moment; at some point (and it might take long!), the resistance will be somewhat neutralized and you'll be OK. 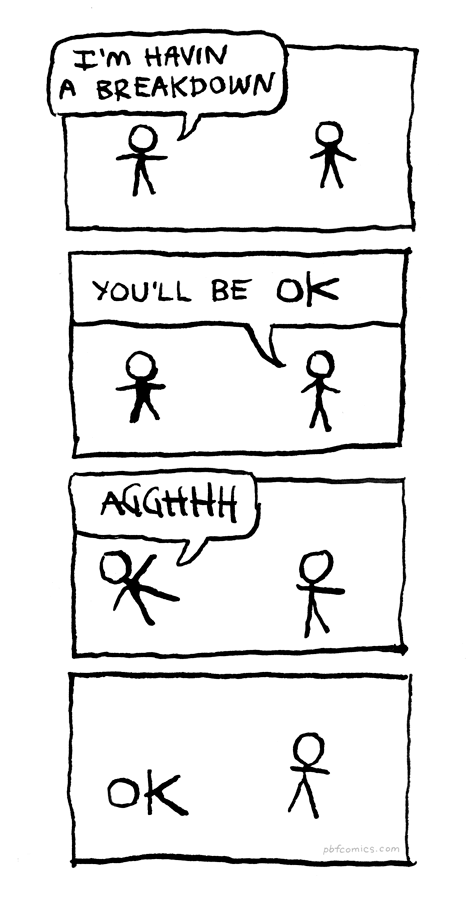 Posts: 930 Join Date: 2/22/20 Recent Posts
so knowing I have a seeing / hearing / ... is mindfulness (the "meta-cognitive") but what you see or hear (the "cognitive") and so on is irrelevant — for mindfulness, that is.
This sounds both right and wrong.

Right because mindfulness if we define it as meta-cognition is about seeing how eg. seeing happens. Wrong because the "what" is also content of meta-cognition or at least should be to make correct correlations between real world and how mind works.

But that I guess depends on what the goal for the practice of mindfulness is for someone. I can imagine it, and the way many people describe their practices and their fruits, that the inner workings of their mind are completely uninteresting to them and what matters for them is just solving issue of dukkha and not solving mystery how it happened and how the incoming changes work. So in that case splitting sense of self in to large but smaller pieces which are by the nature of observations removed from central position will yield positive results and as the time goes on and these replacement meta-cognitive object get to the same sorry state as sense of observer got the practitioner can go deeper and deeper and split themselves even more until they are split so much that nervous system can always manage to patch itself before our wrong tendencies screw it up just because there is always enough time of one part being disconnected thus being able to rest.

On the other hand observing correlations and the 'how' of minds inner operations and issues is also meta-cognition but it requires more context than just something happening. Not in a sense mentioned in OP - so good eyesight is not needed for it, but the 'what' in general sense is needed... as is having good inner perception so good perception in general.

To me the second type of meta-cognition is what can yield insight. First type does not provide any insight whatsoever. I mean if someone have "insight" that eg. there is no self, which is typical insight of someone doing this first type of 'meta-cognition' (which BTW should probably not even be called that) then that is wrong on so many levels it is even hard to begin to describe how wrong it is. Simply, it is complete and utter nonsense and should not be called insight and I would also not call practices that lead to such discoveries as mindfulness but some specialized type of attention. Kinda like if you had guard on the post and he reported "I see movement" and when asked what caused it he would reply "I do not know, I paid attention to movement, not the 'what' caused it"

That said I have nothing against this 1st type of specialized attention called 'mindfulness' other than it is being over hyped and called using wrong words. I can do it too and it yields cool results. There are many interesting ways mind can be trained with different benefits. Also pitfalls, especially when obsessing about one type waaaay too much and this is universal to any practices. Better overview or big picture emerges when more practices are done and more of them are mastered. I myself tried quite few of ways to do meta-cognition and also quite a few ways how to do normal cognition so I can better see how they work and what causes effects which people report or how explanations they give might not necessarily be making as much sense as they think they do. Of course it always is a matter of further and deeper analysis to find blunders in reasoning. I pretty much expect better meta-cognitive models to come and replace my old models and explain how silly the previous models were. In any way noble Stream Enterer should not cling to stuff and this includes meanings of terms like mindfulness and others.

Keep looking at your feelings and thoughts and body reactions around the bad sight situation, that is your present moment, including the resistance to it, the disliking, the drama and future dramas and frustration, anger, sadness, thinking about solution and so on. Do that moment after moment; at some point (and it might take long!), the resistance will be somewhat neutralized and you'll be OK.
Yes, the thinking often is that when we have clouded mind, cannot focus, feel bad and depressed, then this is somehow us not being in present moment. What is is our present moment, always.

The finding present moment is actually exactly the same thing as not wanting to face reality as it is. Which is pretty bad attitude because most unpleasant experiences stop being unpleasant once acknowledged... which technical mechanism of working is absolutely fascinating but even with normal way of reasoning about how it works it just works and makes at least some sense.

That said when we kinda know it is not really present moment it in fact is mostly because those experiences are just repeated echo of experiences. The mechanism I mentioned is resting those experiences which were not even real to begin with - though they can affect mind and body, in major ways even so ignoring them or trying to escape them is not very wise on more levels than just feeling bad. By not being real I mean experience as it is is always real but experiences describing experiences can be repeated so they kinda seem like something is experienced now (while it kinda also feel it is not what is in "present moment"...) while it is not what is experienced. That is why a lot of seemingly magical 'releases' from suffering happens. Like something hurts, we look at it and pooof, gone. At least some of these are caused by this mechanism. There is different mechanism, more universal which covers more of these but anyway, I probably went too deep in to this meta-cognition-analysis already

Posts: 104 Join Date: 4/6/14 Recent Posts
Consider replying to the OP directly instead of replying to me [EDIT: I see you did already, good

]. What you write is hardly useful for someone who is not clear about seeing inside/outside to start with.

Posts: 930 Join Date: 2/22/20 Recent Posts
BTW. Close eyes and visualize small dot. Make it as small as you possibly can.
Ponder about why you cannot make it smaller and what the sensations feel like when you try. Do not spend too much time about it because it is not related to this practice but more vipassana kind of thing - gotta use all opportunity to practice vipassana if you want to get to 4th in this lifetime.

Then when you are done investigating sensations visualize inside your dot even smaller dot.
Then inside it even smaller dot... and you do that until you feel enough is enough. I experience a kind of clicking in my head so at this level I usually do it few more times and go doing something else. I typically do it once or twice per few months but I also practice focusing on tiny details in my daily life all the time using any need to see anything as a good opportunity to train seeing.

The position of the dot vs center of awareness is not as important from what I can say and as far as my understanding how this practice works you should not try to force it to be very centered. Close to center of attention though.

This is "Shamatha" type of practice and doing it is quick way to get to jhana. Jhana is however not the point of this practice so if you start getting jhanic effects do not get distracted by them and continue making the damn dot even smaller.

It might seem nothing is happening and dot isn't getting smaller... again, do not get distracted.
Same with color of the dot and if you clearly see it. Different ways this practice is done will practice certain aspect of visualization and visual perception but here what is important is the size and this 'inside this detail there is more details' kind of movement that mind does when jumping inside the dot. So if you cannot make dot as visible as you like but you already kinda somewhat see it is there then that is enough. Heck, for certain types of practices (including this one) not being super perfect in presentation is better.

ps. One person reported head-ache from this practice. It should not happen but it probably can. If you experience headaches then stop practice and try again in few days. Do not overexert yourself with these things. Any results from this practice will still take some time to manifest, especially when brain controls eyes incorrectly. Also because this practice is stupendously powerful for what it does you probably do not want to overdo it in case you should take it slowly. Like with weight lifting. When you didn't practice it ever and somehow can lift 50kg doesn't mean you necessarily should attempt to do it. Better to start with 10kg and work your way up.